Wow, the blog is almost one year old, and later in this post we’ll have our 100th review. Time flies. We started this blog with Julien ‘Ainulindalë’ in early August 2019 and had started discussing about it shortly after our trip together in Scotland to the Spirit of Speyside Festival earlier that year, as we went with two other people to celebrate my 40th birthday.

What was still a recent passion for me became almost the only thing I think about (not sure if it’s before or after my wife and children. Though the children can be really good at making me thinking immediately about needing a dram as soon as possible.), and I guess it was a revelation for Julien, who was mostly into beer, both as a brewer and a drinker (note from Julien: yes it was!). After thinking about a good name (‘veni vidi whisky’, its variant ‘veni bibi whisky’ and ‘whisky or not to be’ were other name candidates, the former being dropped as a silent twitter account but that name already existed unfortunately), I bought the domain name, the hosting and started creating the blog and the design probably in July 2019.

The goal behind this blog was for Julien and me to write for ourselves, to try our hand on that (and get girls, but that didn’t work. Or Julien didn’t tell me nor share – note from Julien: OH YEAH!) Writing about whisky, writing tasting notes, was to help us improve. Become better at it, forcing us to put words on our feelings, what we smelled, what we tasted. Especially for me since I have completely uneducated nose and palate. Now we knew there were already thousands of whisky blogs, some famous (Whiskyfun, Whiskynotes or Malt), some very well known with excellent writing and thinking (The Dramble, Ocdwhisky), some with really interesting takes and differences (like Brian’s Malt musings or Wim’s Dram Gazette) or full steam geeky (iLaddie is a great example of that!), and tons of more anonymous blogs, and we will probably stay in the latter category for long or forever. But that’s not the point. Writing also helps evolving from just a drinker to a bit more of a thinker. We don’t just want to drink (although we love that part, don’t mistake us!) We want to understand. To learn. To know more. And for that, and not to write things wrong and erroneous, we need to learn. To read. To document. We’d love to also be able to provide something new to the whisky blogging community. Our dual writing, with our notes next to each other, is something we like to do whenever we can (though Julien’s work doesn’t leave him much time to write since the beginning of the year – note from Julien: don’t forget about the lockdown and too many kids to be able to remember how many there are -, leaving me at the steering wheel, and you know it may be a bad idea.)

Now, writing is hard and requires, at least for me, effort, research, tenacity. And time to time, that I kick myself in the butt (no, this one wasn’t seasoned with sherry) not to let the blog die. But writing also requires ideas, subjects, new takes. I don’t, we don’t want just an unsteady gush of tasting notes if you’ll allow me this expression. I don’t say it’s bad, some absolutely fantastic whisky blogs do mostly write tasting notes without thousands of signs of thinking before getting to it. But since we’re neophytes we don’t want to start easy. Yes, that’s completely illogical, colour us stupid. But we’re not just new writers. We’re also new whisky enthusiasts. For me the penny dropped only early 2018 before a trip to Japan. I was already keen on whisky, I had a dozen good bottles, which is way more than most of the casual whisky drinkers. But it wasn’t a passion yet. And suddenly it became one. As for Julien, I’d say the trip to Scotland was the epiphany (note from Julien: it indeed was but I do believe it’s more about the overall feeling of such a trip we had). But I digress (you’re used to it by now), back to writing is hard. Being still quite uneducated about whisky, not having that much thinking done and experience makes writing difficult. Because as I said you need to have something to provide, something meaningful, something interesting. And if possible, something different.

So, our take on something a bit different (well we think it is) is a mix of several ideas. First, whenever we can, we both write tasting notes, to provide two takes on a whisky instead of just one. Because my tasting notes differ from Julien’s. Differ from yours. Because they’re related to our experience, our memory, what we ate and smelled since we were kids. Because notes are our own and are tainted by our emotions, and probably a bit useless when coming from newcomers like us. That’s why we don’t just write notes and slap a rating. We also try to explain what we thought about it, what we liked, what we didn’t, what we would have hoped for. And humbly, because who are we to criticize the job made by the distillery, when we will not be able in years to make something of at least the same quality. And it’s always funny when our notes are so different you’d think we didn’t taste the same dram. It happened quite a few times when we were reviewing the 2019 Boutique-y advent calendar! Secondly, I try (I say I because Julien’s articles are quite different in their approach) to give a brief history of the distillery when it’s the first time I cover a whisky from it (note from Julien: I’m no Wikipedia – RTFM!). There are two pros to that: I don’t have (yet) to find a brilliant idea of something to talk about before getting to the point, and some people are probably interested in that, right? If they weren’t, they wouldn’t even bother reading a whisky blog, would they? Thirdly, we sometimes write a geekier (or downright nerdy, okay) post, sometimes without even reviewing a whisky. We’ll provide deeper information related to whisky, a component like yeast or peat, or a process, for example. And finally, we also cover some tastings. Before the Covid crisis, Julien attended a few SMWS events in Paris (and I was completely jealous as they seemed great, but I don’t live near Paris – note from Julien: cue gif of Simpsons’ Nelson saying “Ha ha!”). We also covered several Tweet Tastings organized by Steve Rush as I love these frantic tastings where a couple dozen people spam Twitter with their notes as we discover a few drams and engage with the distillery that kindly provided us with some new booze to taste. Or other tastings we organized or attended. And having a few guests with their notes here was quite fun, we’ll probably do that again.

Get to the point!

Oh, am I boring you already? Okay, I’ll get to the review. The first review on More Drams Less Drama was an official bottling, a Balblair 1979. An important bottle for me as I had received one as a gift from friends for my 30th birthday, ten years before buying a new one on auction for my 40th birthday. So I wanted to ‘close the circle’ and go back to a 1979 Balblair. But this time, bottled by an independent.

This Balblair has been distilled in 1979, I’m sure you guessed that right, and has been bottled in 2010 at 43% abv. A bit low, but it’s still better than all the 40% bottlings Gordon & Macphail had released over the years. Drawn from refill bourbon barrels, it is uncoloured but probably chill-filtered. No idea about the outturn though. I bought it on auction for 215€ before premium in January 2019, and you can still find it on Netherlands or Austrian online shops (not sure they ship outside their borders though) between 325 and 400€. Oh and you’ll see only my notes, because since we’re still stupid newcomers, we didn’t see it coming we were already reaching 100 reviews (I discovered it when we were at 99!) so obviously I didn’t have time to send a sample to Julien. Too bad when double-notes are a wanted signature…

It starts on a floral note with heather and flowers. American oak notes follow with honey (I’d say acacia honey) and vanilla. The richness of a warm tart tatin dusted with cinnamon powder brings a gourmet side to the nose. There are also hints of tropical fruits and pepper.

Warm and slightly spicy arrival, medium bodied despite the low abv, the texture almost becomes creamy over time. Spices (pepper, cinnamon, chilly, oak spices) reveal themselves gently, without savagery. Then they let the place to caramel, citrus, before the palate develops to stronger black pepper, dark chocolate and honey. Toasted malt, vanilla and tobacco leaves emerge at the end.

Quite long, on spices, dark chocolate, caramel and tobacco, with a good warmth and slight dryness in the mouth.

These drams with a sentimental side to them are always hard to evaluate, to grade. The fondness for the distillery, the personal relation with the vintage may get you inclined to grant a better rating that what you would give if you tasted the whisky blind, without prejudice. This Balblair has a good mouthfeel, many layers both on the nose and the palate, and giving it more time and with more experience I would probably find more smells and flavours, additional layers I’m not yet able to unlock. But tasting new whiskies aplenty (and I mean, “a lot“) this past year, writing all those reviews, all those tasting notes, thinking and analysing more carefully what I was tasting makes me reconsider. A bit more than a year ago when I reviewed this Balblair on Whiskybase I gave it a 90. Now with the experience I gained since, I’ll revise this to… 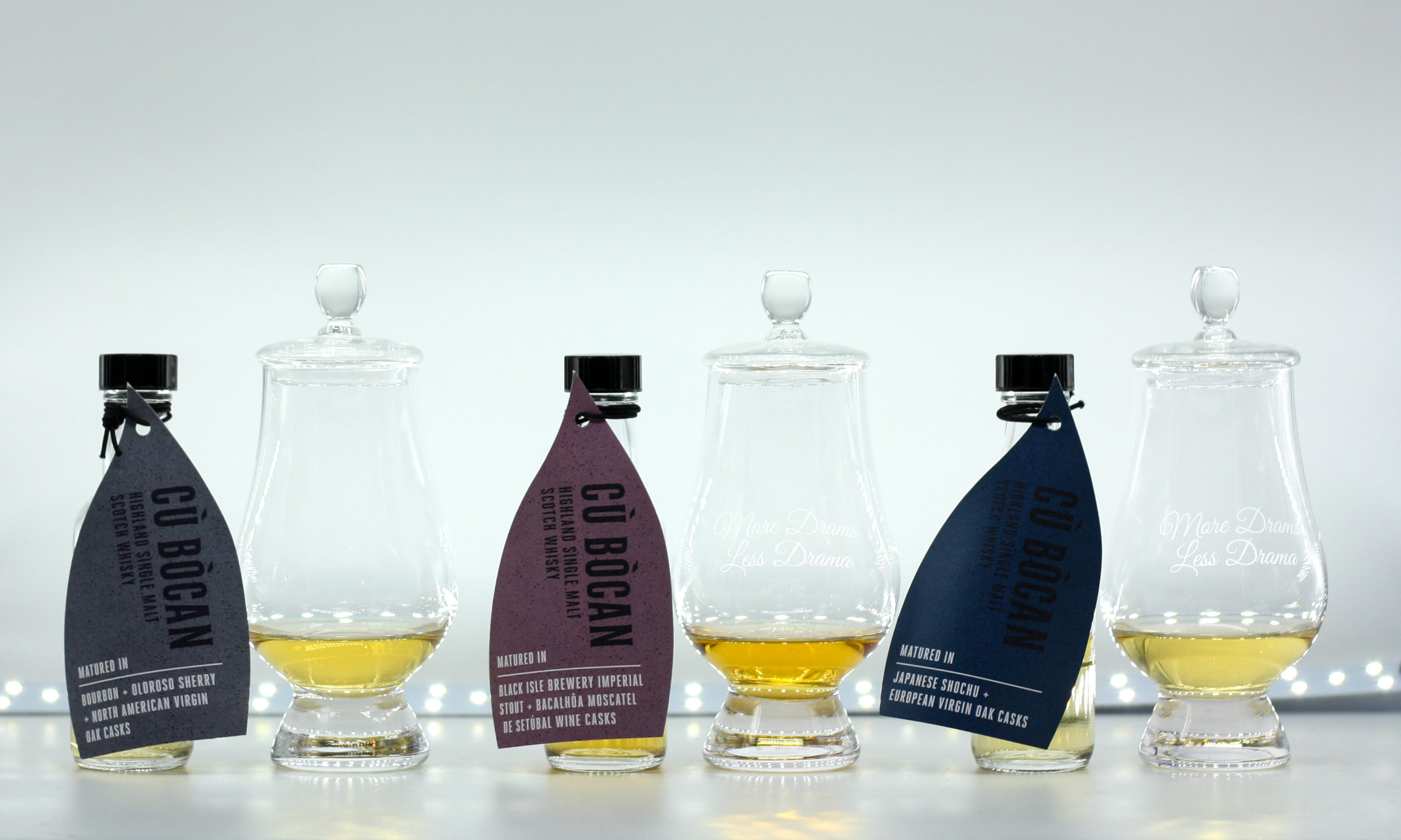 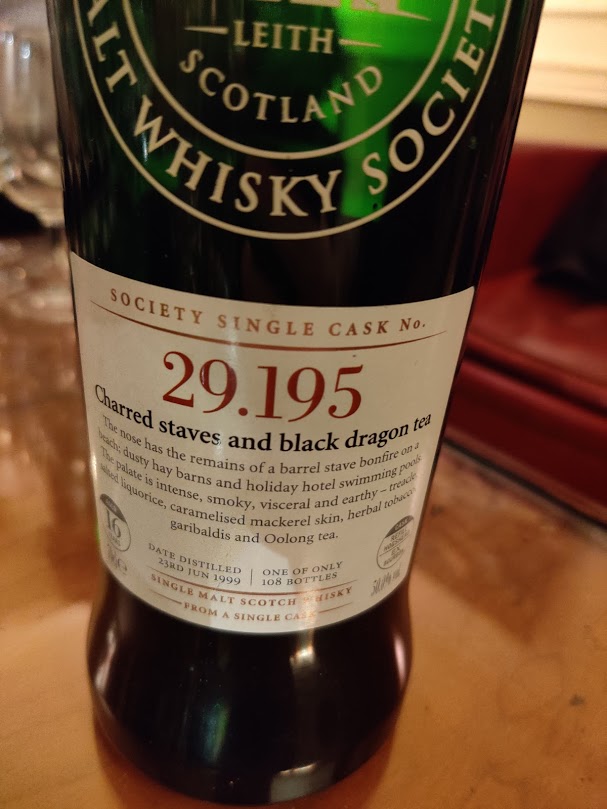