We stay today in Scotland as we try a Croftengea single malt. No relation with Lara Croft (she’s English anyway). Croftengea is one of the brands used by independent bottlers when they’re bottling some Loch Lomond whisky, depending on which type of whisky they got their hands on, as Loch Lomond has quite a number of different styles… Let’s introduce them then we’ll review this Croftengea 2009 bottled by the French indy bottler Les Grands Alambics.

Loch Lomond Distillery and Their Whiskies

Loch Lomond distillery is a little bit under the radar, which is a shame as they do very good whisky. They’re a two-in-one distillery, as they produce both malt and grain whiskies from their site in Alexandria, on the southern shore of Loch Lomond. They have the particularity of using different kinds of pot stills and column stills depending on their need and what type and character of spirit they want to produce.

Loch Lomond features classic pot stills, straight-neck pot stills, and two different continuous stills used for grain and for malt. These types of stills are even part of their logo, as it’s really completely their identity. Their pot stills are classical, nothing much to say about them. They have column stills with which they distil malted barley and grain, nothing extraordinary there either. However, they also have straight-neck stills featuring rectifying plates (like the ones we usually see in a continuous still). And these straight-neck stills are used to do the Croftengea that I’ll be trying later down this article, so let’s stop a moment to see what these are.

Straight-Neck stills are some kind of combination between a pot still and a column still, but even after doing recently the WSET Spirits level 2 training, I hadn’t heard much about them. So I asked Michael Henry, Loch Lomond’s Master Blended, to explain a bit what they are and how they work. Our discussion on Twitter has been edited for better readability.

Christophe “Coldorak”: Hi Michael, just to make sure not to write something incorrect, the rectifying plates in your straight-neck stills are the same kind of plates we’re used to see in column stills, or are they with a different shape/working differently?

Michael Henry: I’m not 100% familiar with them but I think they are very similar to the kind of plates in a column still. They are bubble plates which have holes with boggle caps across the whole surface of each plate. I have seen the drawings for the plates but I’m not sure how they compare to a column still plate. There may be some differences in the way the plates are connected as well.

Christophe: What rectification do you get with that?

Michael: For the rectification they give us do you mean the increase in reflux? The plates slow down the vapour as it passes through the neck of the still giving a higher strength in the new make spirit for a longer time as it comes off the still. The maximum strength of the new make is 88% in the straight neck still compared to 75% in the swan neck still. The straight neck still also maintains the higher strength for a longer time decreasing slowly to about 80% then a more rapid decrease in strength. For the swan neck stills it is a more gradual decrease in strength.

Christophe: While doing research about Croftengea I discovered those straight-neck stills. I’ve just followed the WSET2 Spirits training the last 3 weeks and these kinds of stills were not even mentioned, so that got me quite curious.

Michael: Our stills were designed by Duncan Thomas who owned Littlemill in the 1950s. They were first used there and then the same design of still was used at Loch Lomond when it was built in 1965-67. Littlemill built Loch Lomond as an expansion as there was no physical space at their existing site to increase production. So these straight neck stills have only ever been used at Littlemill and Loch Lomond.

They are different to Lomond stills, designed by Alastair Cunningham for Hiram and Walker which were used at Inverleven, Glenbervie, Milton duff and Scapa. Lomond stills had a short wide neck with 2 or 3 sets of plates that could be moved.

Inchdairnie have their Lomond Hills still. It is a single spirit still and works with their conventional wash still. It has 4 fixed plates in its neck.

Christophe: Moving the plates in a Lomond Still is used to change which alcohols you want to keep by changing the temperatures on each plate so that different alcohol molecules, with their different boiling points, are kept or send back below to be reheated?

Michael: These three still designs come under the broad term of reflux still. All three have technical differences but they all use plates in the neck to slow the spirit and increase the reflux giving better separation of flavours as they pass through the still. This allows more control over using cut points to select the flavours you want in the new make.

Lomond stills used moving the plates to control spirit character as you described. At loch lomond we use the cut points and still head cooling. We have two ways of operating the straight neck stills.

First way is with the still head cooling on and we take a spirit cut from 90 to 80% strength to give a collection strength of 85%. This gives a lighter Fruity spirit that we use for Inchmurrin. We run the stills like this for two weeks.

For the third week, we turn off the still head cooling and take a wide spirit cut from 90 to 55% giving 65% in the new make spirit overall. This gives a fuller bodied Fruity style when used with unpeated malt. We also use this still set up for Croftengea when we mash with 50ppm phenol malt instead of unpeated malt.

Christophe: Wouldn’t be alcohols at 90-80% usually in the heads and cut out due to the presence of unwanted alcohols (then sometimes put back with the tails for redistillation with the low wines for the next batch)?

Michael: The heads last for 10-15 minutes then we start the spirit collection. Because of the high reflux the spirit coming off the still at this point is technically clean with very low levels of unwanted flavours.

Littlemill was a lowland distillery and practised triple distillation until they put this design of still in. The high collection strength still set up was designed specifically to recreate a triple distilled character from a double distillation.

Christophe: Oh right, I understand, since the triple distillation allows higher alcohol strength, without killing you in the process! Well, thank you very much for your help Michael, this was really helpful and another proof that there are always so many more things to learn about whisky.

Well, I don’t know for you, but I’m getting thirsty after this fascinating nerdy discussion, so time to open my sample and try and review this Croftengea.

As explained above during my discussion with Michael Henry, Croftengea is highly peated (50ppm) single malt double distilled in straight-neck stills at Loch Lomond. This whisky was distilled in May 2009 and matured in a hogshead, before giving 107 bottles of 10-year-old whisky in March 2020. It was bottled at 53.5% abv, without addition of colouring caramel nor chill filtration. It was sold for 105€ but is unfortunately sold out everywhere I checked.

Sweet Highland peat at first. Exotic fruits: ripe banana, pineapple and mango. There’s something slightly reminiscent of a farmyard, rubber boots, mud and gravel. Maybe lemon juice in the background, and some malty notes as well.

After reduction, the farmyard and smoky notes are a little bit stronger whilst the fruitiness kind of disappeared.

Thick and oily mouthfeel. Spicy arrival, with earthy and smoky peat. Coffee beans, espresso cream, then exotic fruits, pineapple and mango but no banana. Cigar ash, salty iodine and burnt wood. At no point there is a burn from the alcohol.

The addition of water has a different impact on the palate than on the nose. It gets more lemony, and stays smoky, and maybe there are now some chocolate notes. It’s doing quite okay with water. Maybe a bit more pepper.

Lemon juice, wood char and white pepper, slightly drying on the sides of the tongue, with a good length.

I don’t know if the thickness of the mouthfeel has something to do with the straight-neck stills, but that was a good initial surprise on the first sip. I haven’t had many Loch Lomond before (it seems to be only my third if I trust my whisky sheet, the most recent being two years ago) so I didn’t really know what to expect, and I’ve not been disappointed. This is really good, nice fresh and chiselled nose, a palate making me think of a Kilkerran Heavily Peated, another whisky I really like. There’s just one problem, though. My glass is empty, my sample almost is, and it’s sold out everywhere. 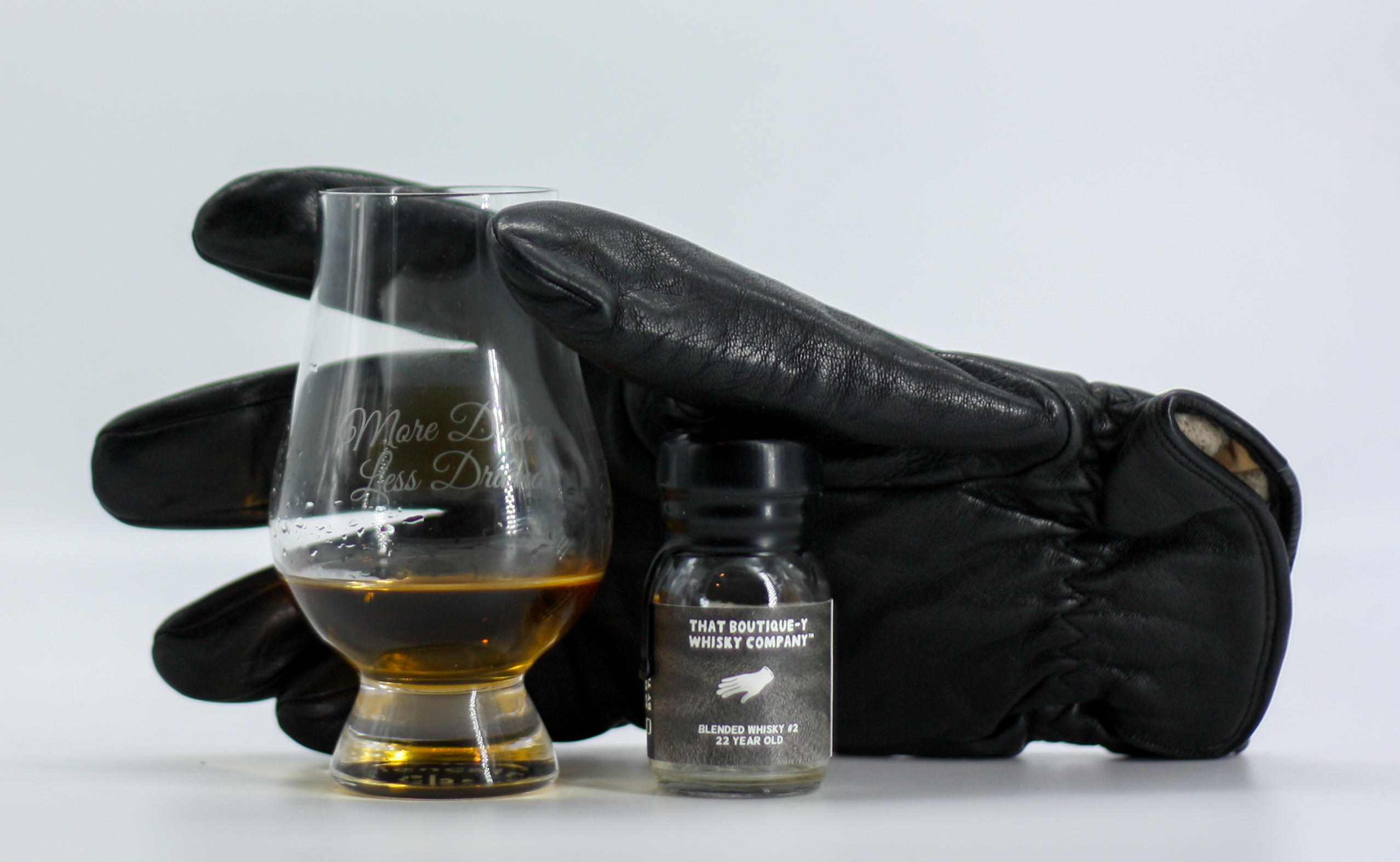 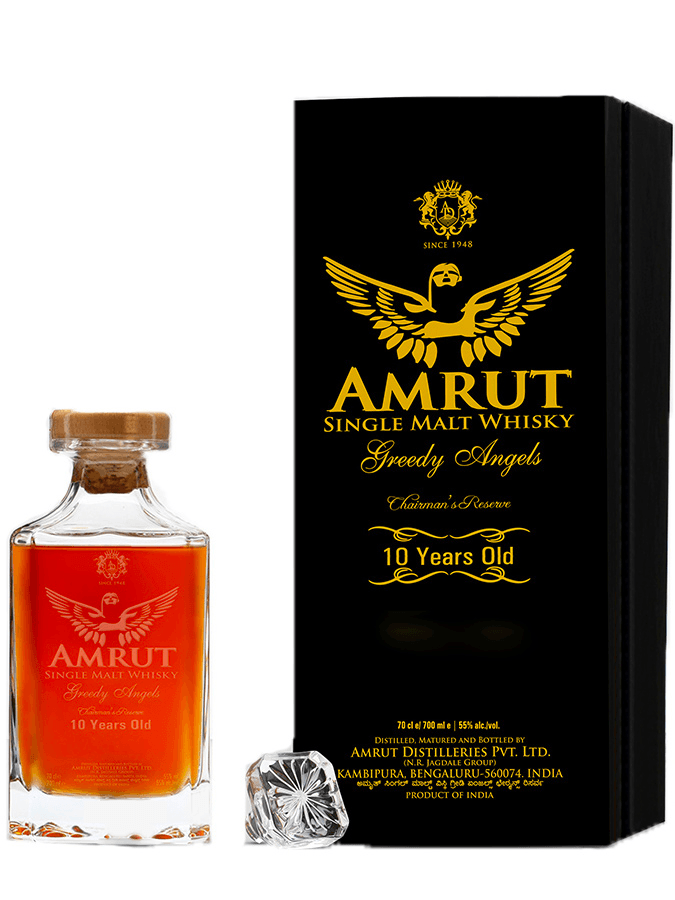