Ha! I don’t think you know this brand yet, right? Well, it’s not surprising, since first, it’s French, and French whisky is unfortunately still not as well known as its Scottish parent. And also because it’s a brand Warenghem did for Biocoop, a network of French organic shops, so… good luck finding them outside France. But anyway! In December last year, a bit more than a year after my first visit there, I went back to Warenghem distillery in Lannion (known mostly for its ArmoriK whisky) to meet with David Roussier, the distillery manager, and have a long chat with him. While we were discussing, he poured a few drams for me to taste, and one of them was a whisky I was not aware of, an Irwazh Tradition. While the rest of the chat will be the subject of another blog post (and I have a lot of work to do before it’s out), I wanted to tell you, or to be precise, let David tell you the story of Irwazh. Afterwards, we’ll obviously review the first two releases of this range.

The story of Irwazh whisky

While we were sitting down with David in the distillery’s tasting room, David brought a few bottles and I saw one I wasn’t aware of, so I asked him about it.

David Roussier: Biocoop went to us end of last year (author’s note: remember this conversation occurred in December 2020 so David means end of 2019), they sent us an email to tell us they were looking for a French organic whisky to complete their range. And for me, it was a network I had been targeting for quite some time, and we’ve been distilling almost exclusively organic barley for the last five years, so it was a logical consequence to release it as an organic whisky. Therefore, we contacted them back. They had an issue, they didn’t really want that it’s called ArmoriK, as they are ArmoriK whiskies in supermarkets, and they had an issue with having the same brand in both. Therefore, we created another brand, and it’s called Irwazh. Armorique is a regional nature reserve, and Irwazh too, though it’s a marine one, so it’s kind of a joke. It is the first organic whisky we’re able to release, and here (author’s note: talking about the Tradition one), we are kind of on the ArmoriK Classic’s equivalent, we reduced it to 43% abv, so a little bit better than supermarket ones’ 40%, but also and more importantly non-chill filtered, even at 43%, so the whisky can be a bit cloudy at times, but it also was to create a difference with Classic. We don’t address the same customers, but we don’t also address whisky experts at Biocoop. 46% is the basis for experts and enthusiasts, but for a general audience, it can be a bit frightening, so we thought 43% would be nice, and that allows us not to chill filter while staying kind of clean in the bottle. So, we released that this summer, and we didn’t expect that, but it did a really great start, we did 10,000 bottles until now (author’s note: a few days before Christmas 2020).

So, there’s Tradition, a Classic equivalent made from bourbon barrels, with a whisky 4 to 5 years old depending on the blending, and we have a second release, Double Fût (author’s note: Double Cask) which is a vatting of bourbon and sherry casks, that does not resemble anything from the ArmoriK range. We succeeded to get good prices too, as Irwazh Tradition is about 29€, which is good for a single malt organic whisky, French, Breton… It was at the same time something Biocoop and us wanted, it was to keep prices consistent with the production cost, because it doesn’t cost much more than that. At some point in time, you could get a Lagavulin 16-years-old for about 30€ and now it’s double that… We really had the idea to keep prices consistent with the production cost and not what people are ready to pay. At some point it’s the “game”, what’s the point to make people pay too much, it will make people go from whisky to rum. We know that nowadays the price does not really have a link with the cost anymore but with what people think it’s worth, but that’s typically the kind of reasoning that irritates me, so ArmoriK and Irwazh stay on a decent price.

There are also resellers a bit too driven by marketing and what people are ready to pay for, and communication budgets, because there’s that too, I think that 20 years ago the communication budget wasn’t 25% of the bottle price. Today we arrived on things that don’t make sense any more. The good thing is, here, there’s no marketing budget. There’s no box, because, especially with Biocoop, we don’t want waste, they kept a margin really reasonable, and we get a product at 29€, and it’s really not bad!

Though after our long talk, I bought two bottles at the distillery but not the Irwazh, procuring them was the first thing I did in January, and so I started 2021 as I finished 2020: by buying a couple bottles from Warenghem Distillery!

As David Roussier explained above, Irwazh Tradition is a 4 to 5 years old organic single malt whisky matured in bourbon casks. It is bottled at 43% abv, and non-chill filtered, which is unusual at this abv, as the whisky may get a bit cloudy if it’s cold, but it preserves the fats and oils of the whisky. No colouring either, it’s completely natural except for the reduction to 43%. I bought it at a Biocoop shop around where I live for about €27, after a few phone calls as the first two Biocoop shops I visited were out of stock of this one.

Immediately some green apple and ripe bananas, vanilla, a teaspoon of honey over some fresh baguette. Then more fruits, it’s a fruit salad syrup of apricot, peaches, and pear, very fresh and summer-y (that’s probably a word).

Surprising mouthfeel, thicker than you would expect with 43%, thanks to the liquid not being chill filtered. Spices hit immediately with cracked black pepper, clove and a pinch of chilli, then they leave the place to the sweetness of fruit salad from the nose, dusted with vanilla-flavoured icing sugar. Maybe some lemon juice in the fruit salad as for all that it’s not overly sweet. Bread dough is discernable in the background if you insist a bit, as well as the oak’s bitterness you get when you lick a stave (that’s called research. Yes, it is.)

Spices and the fruitiness linger while leaving a warmth in the throat and on the tip of the tongue, disappearing slowly after a medium length.

The first time I tried it I was really surprised by the mouthfeel thanks to the lack of chill filtration, the body keeping its oils and fats. Though it’s still not the level of 46% and more, it definitely isn’t as watery and thin as a 40% abv chill-filtered as hell whisky from the supermarket shelves. Nose and palate are not overcomplicated but provide an honest pleasure and though I bought it last month and enjoyed it only during winter so far, I’m sure it would make a lovely dram on a sunny summer afternoon. And when you add the price to the equation, seriously, that’s great value. The whisky is good, the price is great, what else can you ask for?

Double Fût is the second expression of the Irwazh range, and you’ve probably guessed it, it means double cask, as it’s a vatting from whisky matured in bourbon and sherry casks. Same as Tradition, it is bottled at 43% abv without colouring nor chill filtration. I also bought it in a Biocoop near me, though not the same as Tradition, as it was sold out in a few of their shops around me. I paid €34-something for that bottle.

The fragrances are a bit blurry here but you can perceive some citrus notes, sultanas, figs and dates, barley, and the sweetness of icing sugar that has absorbed a bit of humidity, all intertwined.

The arrival is sweet with a nice spiciness that is not in your face but noticeable anyway. You can discern the sherry casks with notes of sultanas again, strawberry jam and a pinch of cocoa powder, but the bourbon casks as well with honey and caramel.

Slightly drying, with sultanas once again, as well as the cocoa powder. Quite short finish as the flavours disappear a bit too quickly, though the warmth on the tongue stays longer.

Double Fût is a nice dram but you can feel its youth maybe even more than Tradition. Here, on the nose as on the palate, everything is intertwined and blurry, and it’s harder to distinguish and separate the flavours and fragrances. There’s also a sweetness a bit too present for my taste here. It’s not dramatic at all, don’t misunderstand me, we’re not talking sweetened rum with tons of sugar dropped into the alcohol, but I wonder if it may be that sweetness that covers and blurs everything else. Still a good whisky, I’ll definitely finish that bottle, and the price is really honest too.

These whiskies appeared in my radar through luck as I had a meeting with David Roussier. I’m not a usual organic shops customer, so it had been months since I went into a Biocoop shop. But tasting Tradition at the distillery with David really surprised me and I wanted to take some more time with it. And since there was another expression and I really like Warenghem, and both of these expressions are extremely reasonably priced, well, I didn’t have another choice than to buy both of them, right? Anyway, I liked Tradition more than Double Fût as Tradition is less sweet, and flavours are more discernable. And since it costs quite less, there’s no doubt, I warmly recommend Irwazh Tradition. But if you have a sweet tooth, don’t hesitate to give Double Fût a chance too. 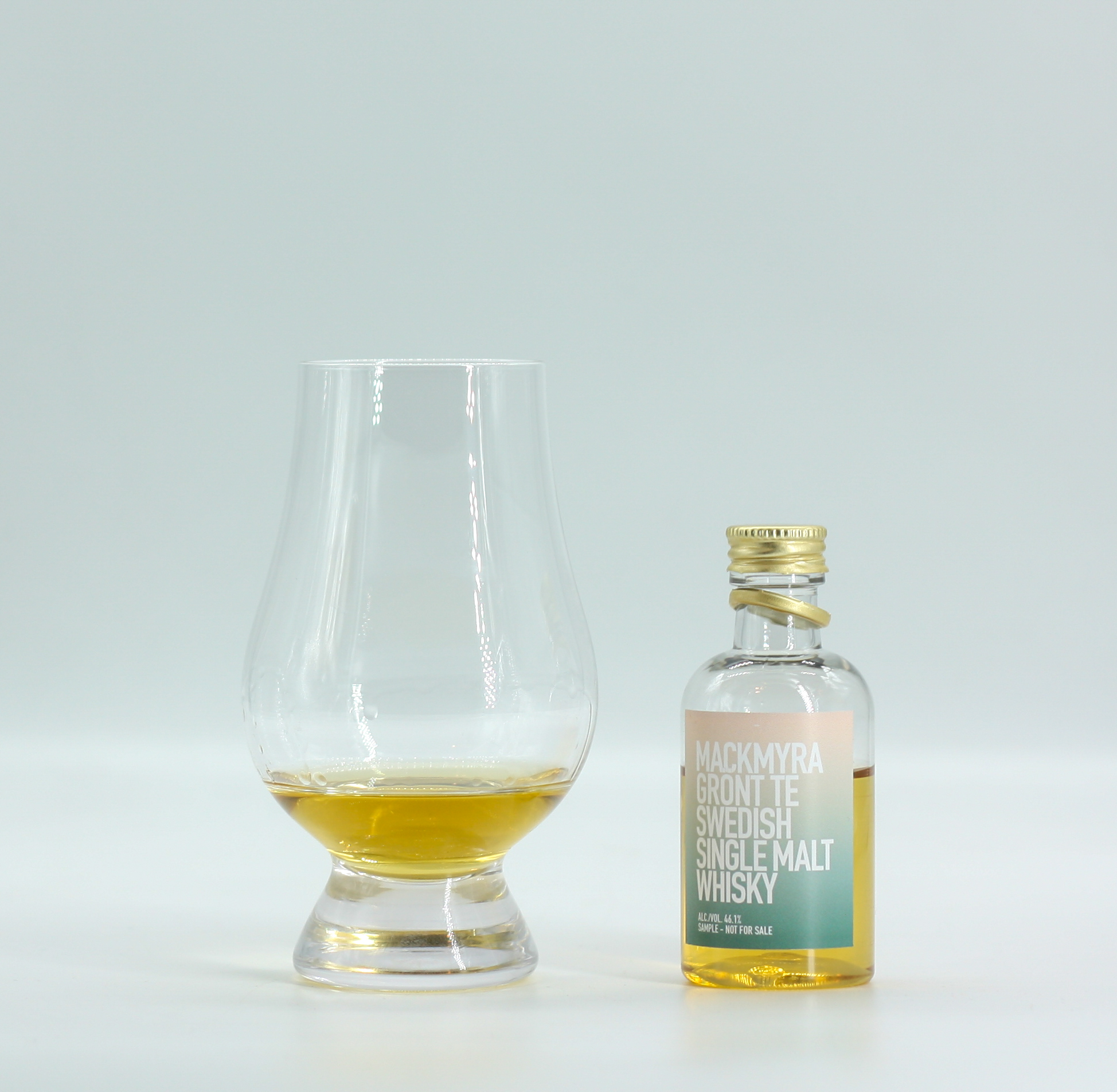 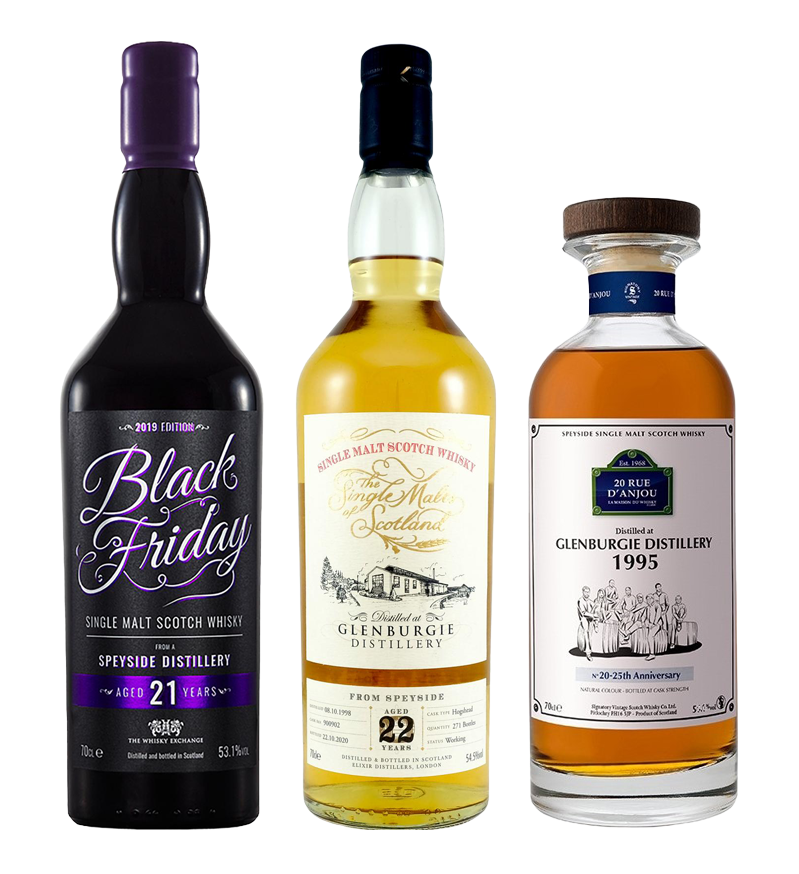