On Friday the 10th of April, I organized a small blind tasting with friends I had sent samples to almost a year ago. Lockdown due to the Covid-19 crisis is keeping us to meet and go to festivals, but it does not prevent us for sharing whisky with friends. Back in November 2019 we did our first kind-of-blind tasting with 4 Yoichi, and last Friday we went to another country, my (and Julien’s) country: France. On the lineup: an Armorik and Eddu, from Brittany, and an Elsass from Alsace. So like last time, we knew what drams we were going to taste, but had no idea of the order. Myself included. But let’s start by introducing the distilleries.

I will be (very) short on the presentation of ArmoriK and where it’s from, Warenghem distillery: I invite you to go read what I wrote after a visit there last summer.

The second distillery from Brittany was the Distillerie des Menhirs, from Quimper in Finistère, the westernmost department of France. Finistère is known for its apple ciders and buckwheat. Distillerie des Menhirs’ founder Guy Le Lay created the distillery in 1986 and created the first Pommeau of Brittany (made from Lambig, a cider brandy, and fresh apple juice) then years later, ciders, lambigs and other drinks. However, the distilling tradition is far older in the family, as the great-great-grandmother of the current managers (the three sons of Guy) bought a first second-hand still back in 1921 to distil a cider brandy, Lambig. In 1998, the Le Lay family decided to start making whisky but with a twist: it would not be made as usual with barley, but with Brittany’s very own buckwheat. Hence the name of their whisky range, Eddu, meaning buckwheat in old Breton language. Their first whisky, Eddu Silver, was released in 2002.

Now for the third distillery, we had to go to the easternmost region of France, Alsace, now part of the Grand-Est region since the 1st January 2016 when some regions merged together. Lehmann distillery was founded in 1850 by Joseph Lehmann and now the 5th generation is managing the distillery. They distil a set of brandies and since 2000, whisky, named Elsass Whisky (Alsace in… Alsatian).

Let’s crack on with the tasting notes and guesses, in the very good company of our guests: Alistair “@SpiritAndWood”, Brian “@MaltMusings”, John “@jwbassman_” and Paul “@WhiskynStuff”, and obviously the authors of this humble blog: Ainulindalë and myself.

As I would reveal at the end of the tasting when everyone would have made their final guesses, the first dram we tasted was the Eddu Silver Brocéliande from Distillerie des Menhirs. As I said earlier, it is made from buckwheat, and more specifically from the “La Harpe” variety, traditionally cultivated without fertilizer nor pesticide. The whisky is matured in ex-Cognac French oak casks before being finished in casks made of French virgin oak from the Brocéliande Forest, a mythical forest in Brittany where Merlin, King Arthur advisor and mentor, is popularly said to be buried. It is bottled at 42% (the whisky, not Merlin, please pay attention), coloured and chill-filtered. The distillery didn’t want to disclose the duration of the maturation and the finish when I called them. You can buy this whisky on the distillery’s online shop for 52€ or at La Maison Du Whisky for 62€, and in UK, Master of Malt sold it for £55.57 but was sold out when I wrote this article.

The colour is a beautiful copper with an orange hue, but unfortunately, you can thank the E150 added for that. Swirls leave a thick line in the glass and thick slow legs.

Ainulindalë: Nutty, slightly on the nutmeg side, caramel-y, a bit of sandalwood, slight chlorine, a background of vanilla and apples.

John: Getting a very sweet top note on this one, touch of aniseed ad something very floral… also getting quite a strong pine note too.

Paul: Young, very floral – kind of reminds me of washing up liquid, them purple sweet things, barley sugar, a sour cherry type thing too. Interesting start. It doesn’t seem like 40% to me, maybe just above? But it’s not mega high in my opinion.

Coldorak: A bit thin, sweet & spicy arrival, pepper, some green apples, caramel, a bit of winey notes. Probably 40-43% abv. Though I’ve drank all three before, I’m not sure of which one it is for now. Dark chocolate and black espresso, pepper and some wood.

Ainulindalë: Very sweet, spicy, all on sandalwood and caramel. Short yet sharp. Too sweet for me.

John: There is not great ABV to this one… getting a slightly weird soapy taste, texture is decent and there is a bit of spice coming into the finish…. it’s not altogether unpleasant but it’s a bit weird, certainly not a profile I readily identify with…

Paul: That pine/washing up liquid become more apparent. It is young. Nuts, sour cherry is still there for me. Not that sweet actually, seems to have turned to sour. This is either a blend with some lightly matured grain or it has been in a funny cask.

Coldorak: A bit of wood and sour watermelon (going to steal that note from Paul), chocolate, medium long…

Ainulindalë: Finish is earthy and spicy – sandalwood and wet earth.

Brian: A little oak, sour cherry and more of that soap. Very strange note I just can’t get as the liquid disappears off the tongue.

John: There is a bit of spice coming into the finish.

As I would reveal at the end of the tasting when everyone would have made their final guesses, the second dram we tasted was the Elsass Gold. It is 7 years old, with 6 years of maturation in ex white Bordeaux wine casks then a one-year finish in ex-Sauternes casks. It is bottled at 40% abv in a 70cl bottle with a glass stopper. Though it’s bottled at a low 40% abv, it is unchill-filtered and if I believe whiskybase, it’s uncoloured too. You can find it in France for 57.70€ on the distillery’s online shop, and I couldn’t find any seller in UK.

Coldorak: Some white wine notes, some earthy mossy notes, kind of the acidic smell of… bile? And I’m not getting much else for now. After some time, maybe faint apple and pear notes.

Ainulindalë: Stinky cheese all the way, solventy over vanilla and peaches

Alistair: Nose is immediately very savoury in contrast to 1. Decaying autumn leaves, burning card, talcum powder. Not all that pleasant.

Brian: The initial nose is weird, on rotting pears. Loads of orchard fruit and cereal notes – but something is slightly off. There is some sweetness in there along with a smoky note. Unusual

John: Instant sweaty socks and stinky cheese on this one, which quickly dissipates and is followed by an underlying earthiness and a dry icing sugar sweetness, getting something very cereal here too…

Paul: Still low on the abv, maybe lower than 1? It seems a touch muted cause of the abv but – Earthy, but not peated – charred cask? Fruity, sweet. Young spirit again. The sweatiness did go away quite quickly for me.

Coldorak: Very sweet at first, a bit thin mouthfeel too. Some white wine notes from the nose, pepper, ginger, vanilla and a touch of caramel, chocolate again (is that my new grapefruit?), and the mouthfeel becomes creamy over time.

Ainulindalë: Mouth really makes me think of Munster cheese. I don’t like it. Very sweet, thick and syrupy, still having these cheesy notes. Subtle notes of vanilla and stone fruits again with a tingle at the end. It actually reminds me of sourdough gone bad.

Alistair: Palate leads with a nice, round mouthfeel that releases its flavour in stages. The overt savoury quality is gone to be replaced by an unbalanced mix of sweetness and astringency – barley sugars, buttered toast, second-hand cigar smoke, ammonia.

Brian: Slightly oily, a little drying, orchard fruit and cheese? This is a very strange dram…..

John: Quite mouth coating which is a bit of a surprise as once again there is no great ABV here… I actually quite like the texture and the cereal notes that follow through from the nose – palate is much nicer than the nose.

Paul: It mirrors the nose, oh that’s a bit…rough. Pear, brown sugar, citrus, earthy – which is fine then someone has added cheese into the mix. It’s not terrible (I have had worse), but it’s very odd indeed.

Coldorak: Sour, fermented milk (or buttermilk) like Lait Ribot in France, not much else, maybe too long.

Ainulindalë: Rotten apples, slight ginger or sandalwood tinge, medium long but not that good. I think the buttermilk is strong in this one.

Alistair: As this whisky wears on a banana note is getting more pronounced.

Paul: The finish is the cheese. Oily cheese.

As I would reveal at the end of the tasting when everyone would have made their final guesses, the third dram and last dram we tasted was an Armorik 2011 single cask. Distilled in August 2011, it was matured in a French new oak cask (number 3196), the oak coming from the Allier department, and bottled in 2017 at 55% abv. It is unchilledfiltered and uncoloured. I paid around 110€ in 2018 in my local liquor shop, Whisky & Rhum, and you can find it in France at LMDW for 98€ and on Master of Malt for only £69.95.

Old sauternes with a red-pinkish hue. Swirls leave thin line on the glass, hinting to a high ABV. Legs fall slow and thick.

Ainulindalë: Sherry! sandalwood and nutmeg, for sure. Caramelized apples and a bit of salt. Almost buttery. I bet this one is from Brittany.

John: More ABV here for sure and a much more familiar (and reassuring) nose, wet straw, dunnage and some real earthy notes… this is the best nose of the 3 by some way. (after Paul guess on the ABV): 53%?

Ainulindalë: Nutmeg sting at the very beginning, with pepper – almost chilli like. Dark chocolate and such, with a bit of nuts. Hot! Just had to cough (#covid19). Very pleasant. Seems to me to be strong ABV from my body reaction.

Alistair: Palate enters inoffensively with a slight delay before bursting and crackling with alcohol. Dried fruits, candied orange, ginger leading to a finish of bitter orange and burning cherry wood.

Ainulindalë: Long, long, all on this spicy tinge. Very good and pleasant.

Paul: Spicy, milk chocolate. I still think it’s a bit young, but it’s very nice that one. Could it be a finish?

The lockdown due to Covid-19 prevents us to meet in real life to share whisky together, but it certainly does not prevent us to do this via Internet. Whisky is meant to be shared and is better when it is, though… I’m not sure it worked for the first two whiskies of the evening.

The Eddu was odd and different, thanks to its buckwheat origin. Though odd and weird as my friends described it, it was not that bad, but too sweet and too thin due to the low abv anyway.

Everyone was unanimous regarding the Elsass: nobody liked it, especially the nose with very funny tasting notes of sweaty socks and Munster cheese. Even though the palate was better than the nose, it was really not enough to save it.

Finally, the Armorik hit the spot for all of us. Its French new oak maturation threw off some of us and made them think it was coming from a sherry cask, and both nose and palate was on another level compared to the first two whiskies. By far the best of the bunch.

Heartfelt thanks to Alistair, Brian, John & Paul for joining us, and obviously my dear friend and co-writer, Julien.

A visit of Warenghem Distillery 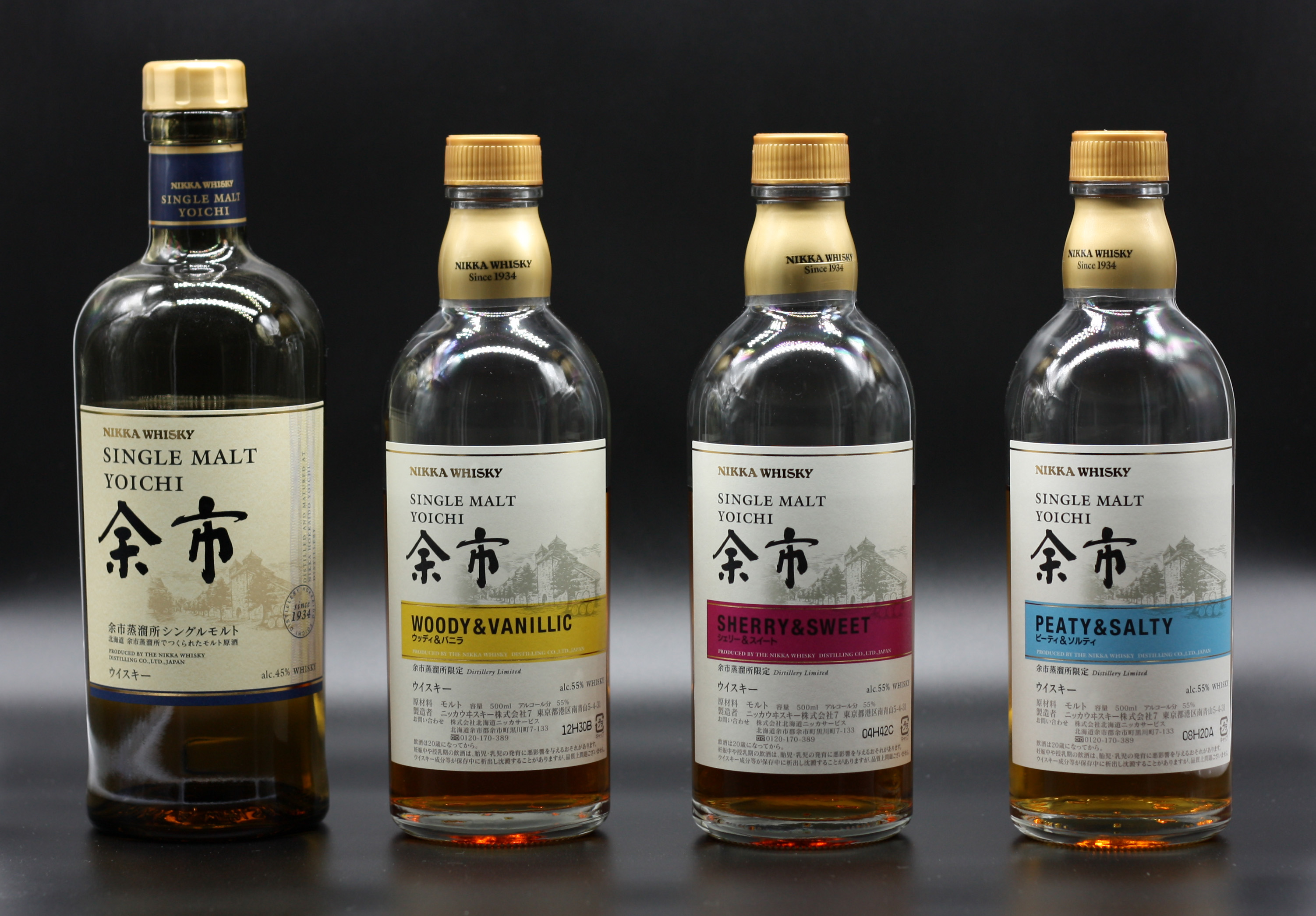 A blind evening with friends and Yoichi whisky 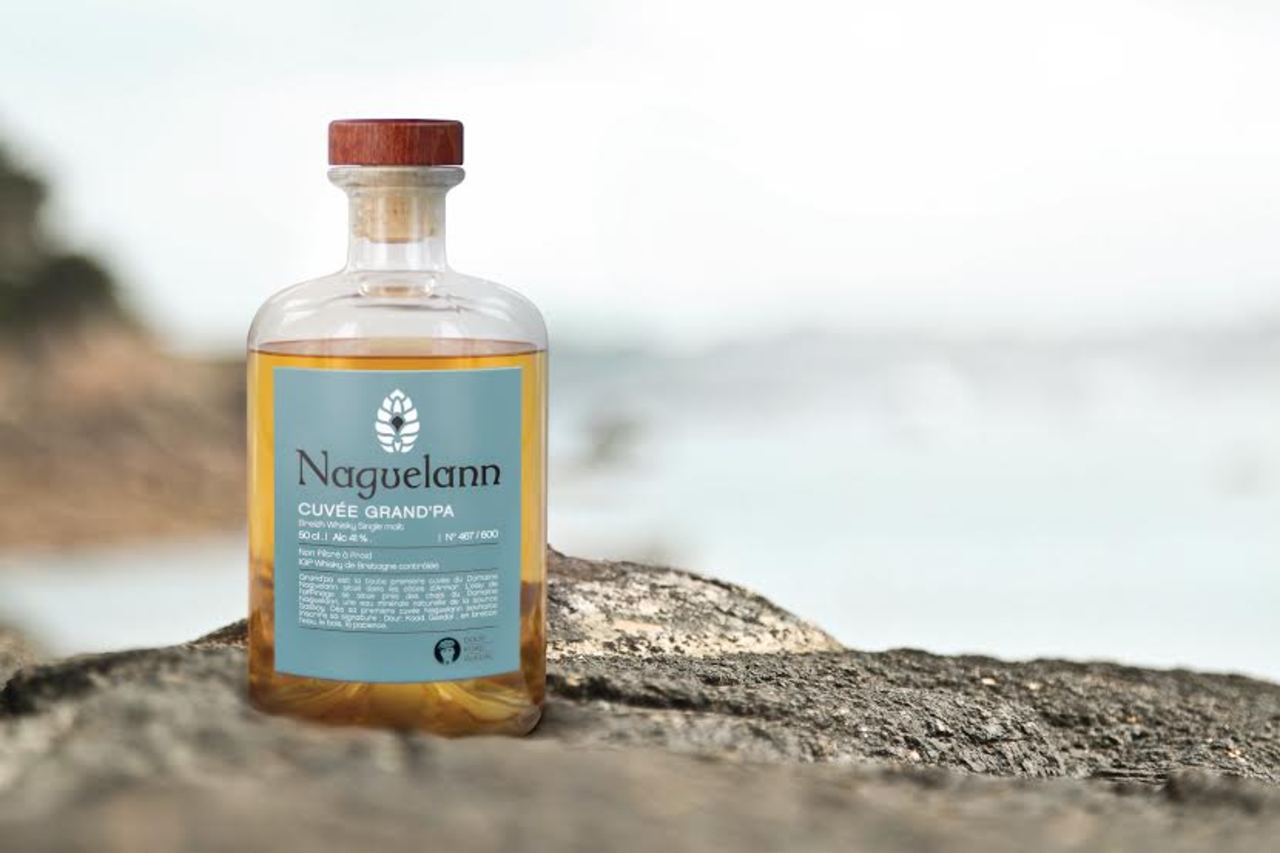