We’re back in Scotland, and for this two hundredth whisky I review here, I wanted to get something special. But this time, no closed distillery (soon, I have several ready for review in my tasting notes book), nor a 40-year-old whisky. I’m going to Elgin, to Glen Moray, one of my favourites distilleries. So let’s consider that number, and then we’ll see how the Glen Moray Mastery 120th Anniversary does.

Two hundredth. This review is my own two hundredth on these humble pages. It is both an incredible number, and a so very small one at the same time.

A big number, first, because this blog that I started with Julien in August 2019 is something that will turn three in a few months. I think it is the first time I have a blog that is still alive after all this time, still active. Not as much as I’d love to, but still active, with usually several reviews a month. It’s also a big number because these two hundred whiskies reviewed (though sometimes without a rating at the end depending on the context) count for almost 25% of all the whiskies I’ve ever drunk, being from a full bottle or a sample, at a friend’s or from my own collection. I’m sure most people enjoying a dram from time to time don’t even try that many different whiskies in their whole life. And I’m not judgmental saying that, at least I don’t mean to.

And at the same time, it’s still a very small number, when I compare that to what the friends I get inspiration from have done. Compared to the people I enjoy engaging with on Twitter, mostly, on Zoom, sometimes, and in real, way too rarely. These friends have tasted twice or more the number of whiskies than I’ve been able to taste. Those of them who have whisky blogs have reviewed twice or five or ten times the number of whiskies I’ve reviewed. But once again, that’s completely okay. Maybe they started their whisky journey earlier than I did (probably). Maybe they also write more regularly (certainly). Maybe they need less time than I do to write a review (I wouldn’t be surprised). Words flow more easily for them. They have, or take, the time to write and analyse more. Or they’re just less lazy! But anyway. That’s okay too. I don’t need to be at their level.

I’m no Brian, I’m no Matt, I’m no Ruben, I’m no Thijs, I’m no others. And certainly no Serge. I’m just me, doing things at my own pace, with my own means, and my own constraints and abilities. That doesn’t prevent me to get inspired by them, but that doesn’t force me to write as regularly, with the same high level of quality, that they do. I wouldn’t mind to be able to do that, to be honest, but I’m not at that level yet. Maybe it’s further down the road, maybe not, I’ll see whether and when I get there.

Until then, I’ll continue writing here at my own pace, reviewing the whiskies I want to review, the way I want, and for my own reasons. Either because it’s a whisky I think people may be interested in (and sometimes I was wrong, seeing the number of page views on some articles), or because it’s a whisky of the moment and maybe it might be helpful to someone to have another opinion on that specific whisky. Or because I was included into a Tweet Tasting, and I consider that when I’ve sent samples by a distillery or a bottler thank to a Tweet Tasting, it’s the least I can do to publish a full review on top of, obviously, my participation in said Tweet Tasting when it’s live.

And, even though I try not to be influenced by them, I’ll continue writing with my own bias. Matt @TheDramble just wrote today about bias and predisposition and whisky reviews. As always, there was a lot of thoughts and truths in his article, and as always, it made me think and reflect on that. And, of course, I have bias. Towards peat, towards some specific distilleries, towards some specific people and because of that the distilleries or bottlers they work for. This bias can be positive, but negative as well. I may not expect much of a new distillery bottling when all that I’ve tried so far from them wasn’t to my liking. Or I may turn an involuntary blind eye to defaults in a whisky from a distillery I have a special affection towards.

I try to get as objective, unbiased, as I can when I write a review, but yes, you should also know about my own bias. I love peat, but I also love lots of unpeated whiskies. I like sherry bombs, but I prefer refill sherries. I love peated sherried whiskies. I have a special affection for Glen Moray, for Balblair (when they were using vintages, less so since the rebranding), for Ardbeg (even though it doesn’t mean I’m not tired by the constant releases of more and more expensive NASes with funky marketing), for Bimber, for Dingle and for some people specifically. Or for some indy bottlers like The Whisky Cellar or The Sipping Shed. I also have a negative bias against Jura (didn’t like any official bottling I’ve tried from them), Kilchoman (same, though it’s not as bad as with Jura), and others. And I have a negative bias against 40% ABV whiskies because most of the time, it’s an abomination I consider against the love of whisky, even though the real reasons behind that might be greed or just the people this whisky is targeted to (and I’m not in that target).

But enough ramblings. Time for me to do my 200th review. I’m positively biased regarding Glen Moray. I love Graham Coull who was their master distiller when I went there in 2019. I love Emma Ware and Iain Allan who still work there. And I have to thank Graham and Fay for the generous sample of Mastery they sent me. I’ll try to review this whisky objectively, as I always do, but now you’ll know more about my biases. And I’ll try to give more context when I feel it’s something you should know.

Mastery is an expression Glen Moray released in 2017 in order to celebrate the 120th Anniversary of the distillery. For that very special release, Graham Coull, Glen Moray’s master distiller at the time it was bottled, selected five casks distilled and laid down by his predecessors Robert Brown (who was the distillery manager from 1959 to 1987 at Glen Moray) and Ed Dodson (1987-2005). Graham Coull, however, did select those cask and reracked some of those whiskies into other casks for finishes. Mastery was composed, as I said, from different vintages, as follows: a 1978 bourbon cask, a 1988 with a 2-year finish in a Port pipe, a 1994 with a 6-year finish in a Madeira drum, a 1999 Spanish oak Oloroso cask, and a 2001 also finished for 6 years (more like a double maturation) in a Madeira drum. Graham Coull was inspired to do so by Glen Moray’s long-held ideals of bringing together vintages matured in different casks, a tradition all five of Glen Moray’s Master Distillers upheld.

One thousand bottles of Mastery were released in 2017, bottled at cask strength (52.3% ABV), without colouring nor chill filtration, at an RRP of £800 at the time, far from the usual very contained prices the distillery is known for. It may be why some bottles still are available years after its release, in the UK at Nickolls & Perks or The Whisky Exchange for instance, for about £830.

Neat: sweet and fruity at first. Pastry notes of strawberry cream cake with icing sugar on top are joined with toffee and salted caramel. The slightly vinous notes of the port pipes also shine through, with figs and raisins from the oloroso butt and custard cream in the back.

With water, a buttery side appears, but also notes of dusty bookshelves, musty oak and wet soil, almost petrichor.

Neat: the arrival is spicy, drying and viscous, really oily and mouth coating. Spiced orange marmalade intertwines with hot liquid chocolate and espresso. On a second sip appear vinous notes whilst the liquid becomes quite prickly. Touches of oak bitterness, and tropical fruits in the background.

As I said, I’m a huge Glen Moray fan, but even without being one, I can’t see anyone not liking this. The nose is rich and elegant, complex, with many layers to unfold. Spending time just nosing it, you can discern what each type of cask brought to the table. Or to the glass. Then the palate knocks you out (in a good way). Huge mouthfeel, absolutely delicious, and there again such a good complexity provided by the association of old casks with different profiles.

The most I’ve spent on a bottle of whisky until now is about €250. Until this, just one whisky made me want to spend way more than that, it was the Brora I reviewed here and that I had chosen to be my 500th whisky tasted. Since then, I’ve been meaning to buy myself a bottle of Brora. Now, because this Glen Moray Mastery is honestly very very good, but also because I’m a fan of the distillery and the people making its history, it is the second time I’m seriously considering obliterating the glass ceiling of how much I spend on a single bottle of whisky. My finger has been itching ever since I tried it for the first time, and now that I’ve retried it to complete this review, it’s itching even more. Now, to find a shop shipping to France and with a ‘reasonable’ price… (and if you’re not as much a fan of Glen Moray as I am, maybe dock a point or two).

Now, as I’ve mentioned, I’m a huge Glen Moray fan, so even though I tried to be as objective as possible, you’d better also read other reviews. My friend Matt reviewed the Glen Moray Mastery a few years ago and you can read his thoughts on thedramble.com. VinPF also reviewed it on his No Nonsense Whisky Youtube channel here.

Thank you so much Graham and Fay for the generous sample. 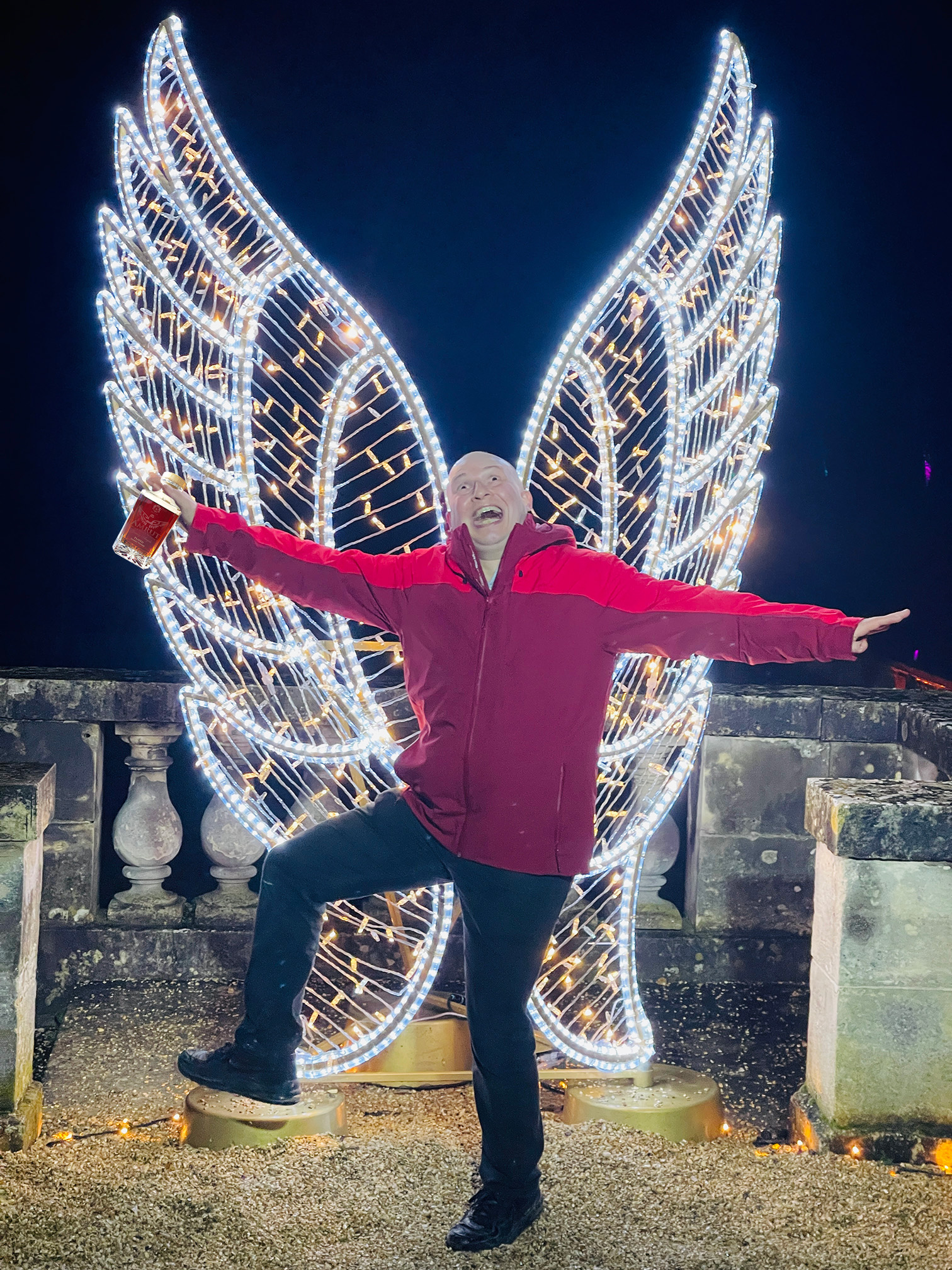 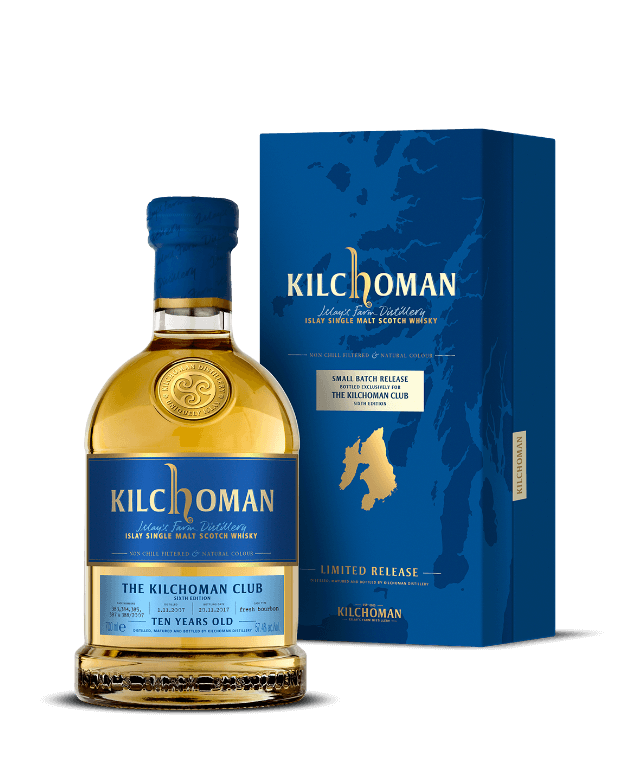 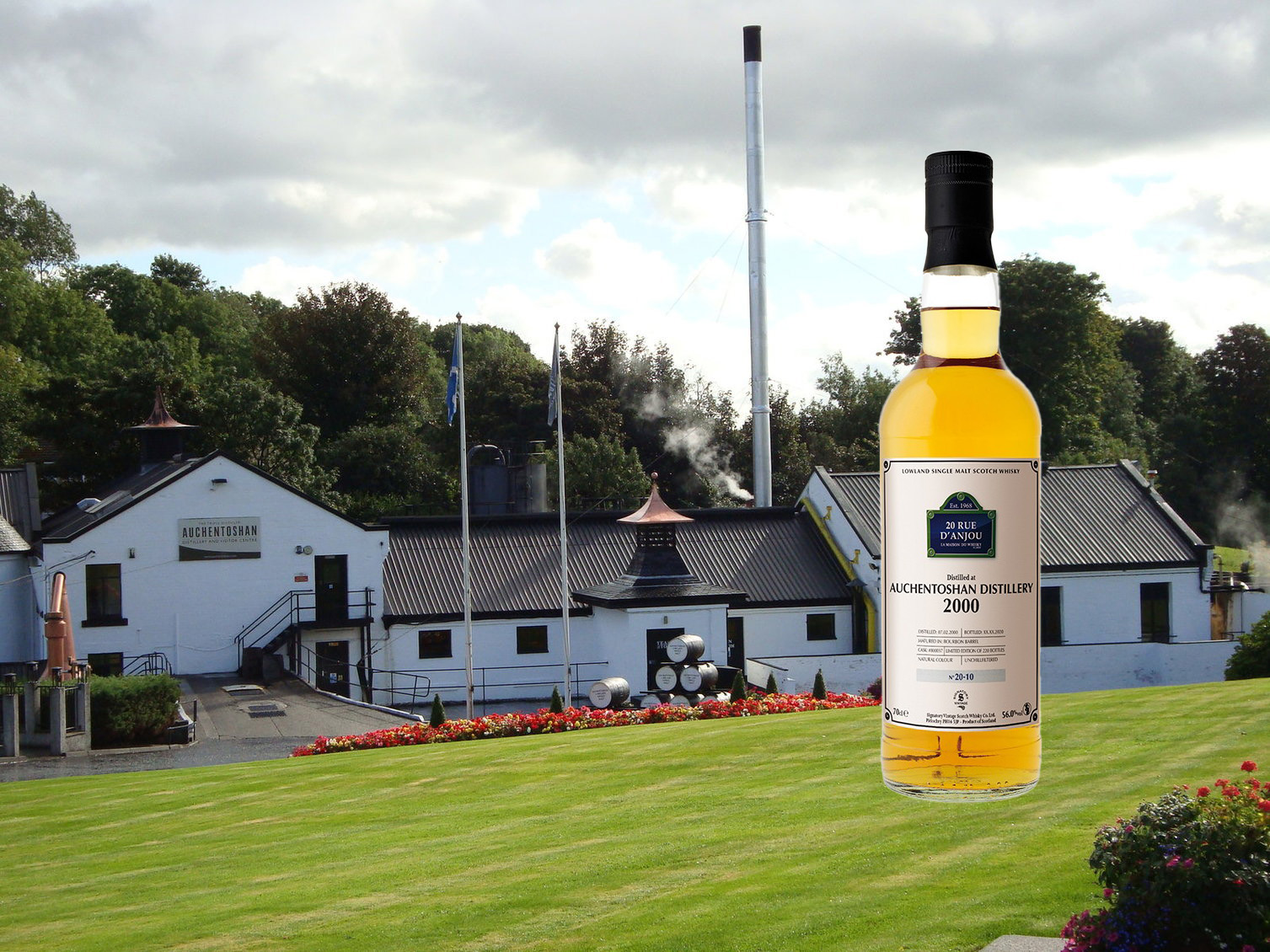