Quite a number of my friends have a sweet spot for Distell-owned distilleries, including the Southern-Highland based Deanston Distillery. The Deanston 12 years old is regarded as one of their favourites for affordable single malts. It was even one of the nominated at the OSWA, the Online Scotch Whisky Awards, in the Best Entry-Level Single Malt category. The OSWA are online awards delivered by a group of whisky YouTubers, and were created by Roy ‘AqvaVitae’ and Ralfy from Ralfydotcom, two famous whisky-dedicated YouTube channels. While it didn’t win the category, Deanston 12 years old still finished in an honourable third place. If you want to know which whisky won, I invite you to check the OSWA’s website. But right now, let’s check this Deanston 12, and compare it to an older version and the Virgin Oak NAS.

Deanston is quite like a young soul in an old body. The building was a cotton mill for 180 years before becoming a distillery in 1965 thanks to James Findlay & Co and Brodie Hepburn Ltd. Production started in October 1966 and their first whisky was released in 1971 under the name Old Bannockburn. The next year, Invergordon Distillers took over and in 1974 they released the first single malt wearing the name Deanston. It wouldn’t last long, as the distillery closed in 1982, as many other distilleries over the early 80s. It was bought by Burn Stewart Distillers, a Glasgow company, in 1990, and the production resumed the next year. A visitor centre was added in 2012 and in 2013, Distell Group, a South African company, bought Burn Stewart and its distilleries.

Let’s quickly talk numbers and equipment, shall we? Deanston Distillery features a good old Porteus mill, a 10.5 tons traditional open top stainless steel mash tun, eight stainless steel wash backs, four of them having stainless steel lids while the four others have wooden lids. Fermentation is 85 hours long (using liquid yeast). They have two pairs of stills, with slightly ascending Lyne arms in order to get a lighter and fruitier style of Highland whisky. The distillery is running seven days a week, allowing a 2.3 million litres of pure alcohol capacity. They also produce 10.000 litres of organic whisky per year.

Deanston’s core range features two NAS, the Kentucky Cask and the Virgin Oak, and a few aged statements ones: 12 years old and 18 years old as well as a 15-year-old Organic. They also release a few limited editions each year, and have some distillery exclusives and a 10yo Bordeaux red wine finished duty-free exclusive.

Now, am I the only one getting thirsty?

This Non-Age Statement entry-level expression from Deanston’s core range was introduced back in 2010. It’s matured in ex-bourbon casks before being finished in virgin oak casks. It’s bottled at 46.3% abv and like all Deanston releases, without colouring nor chill filtration. Buying a bottle won’t ruin you as you can get a bottle for less than €30 in Germany and the Netherlands, while in the UK Master of Malt will ask for about £32, and La Maison du Whisky, in France, will as always ask for a hefty price, €38 in this case.

Soft arrival, slightly oily mouthfeel. There are some citrus/lemonade notes first, then some grapefruit provides a refreshing sourness. Chocolate and wood from the virgin oak finish then bring some bitterness, without being excessive, but still a bit too present. Apples and mango give a fruity side but stay in the background.

Bitter wood, mango and grapefruit, with a medium length.

The nose is soft and extremely expressive, but at least it’s not too woody due to the virgin oak finish. The palate is okay, it’s good without rocking your boat, but here the wood is a bit more noticeable. On the finish, a bit too much bitterness for my taste, and that costs this Deanston NAS a couple points, putting it just under 80.

I had bought on auction a mini of this old Deanston release, so it was perfect to compare with the modern 12 that we’ll see just after this. I couldn’t find much information about its maturation and all. It was bottled at 40%, no idea if coloured and chill filtered, but you’ll quickly see below if you should care and seek a bottle or not.

The nose starts on fruity esters, with something lactic too, like a banana yogurt maybe, or even a banana petit-suisse for toddlers. That and rotten oranges. Some vanilla and cereals in the back.

Thin, light, weak honestly, not much going on for the first few seconds. Then a bit of fruits, oranges and apples, wood bitterness, a drop of honey, caramel, but all very watery.

Well… a proof that it was not always best before, and that some distilleries really improved over time. There’s something quite off on the nose, the palate is weak, the finish is a bit too woody, more than the palate itself, there’s unfortunately not much to say to save it. Hmm… At least it looks like it was natural colour?

The ‘modern’ 12 years old is matured in ex-bourbon casks for hmm, let me check on my notes… 12 years. Uh. What a coincidence with its name. Joking aside, this new version was released in 2009, featuring a 46.3% abv, no chill filtering nor colouring. Germany and the Netherlands as always have good prices on this, between €35 and €45, while in the UK it will cost you £34 on MoM, £38 at Tyndrum, £41 at Aberdeen whisky shop, and in France, €48 at LMDW or €41 at drankdozijn.fr.

Several fruits on the nose with mango, banana, pineapple, oranges, then honey, vanilla. Soft spices too, with nutmeg and allspice. Maybe a little ginger too, that gives a wee kick. Despite the age, the cereals are quite present, both raw and malted.

Sweet and fruity arrival, but also quickly nutty. Mango, pear, apples and oranges play around with almonds and hazelnuts whilst a pinch of pepper and nutmeg give some kick to the palate. Eucalyptus and coffee beans. Creamy mouthfeel.

Slightly woody and drying, shorter than the Virgin Oak finish. Leaves the sensation of having eaten an apple afterwards.

While I may have less enthusiasm about this Deanston than the people having nominated it at the OSWA, this is a good and honest entry level single malt. It won’t make you poor (unless you drink way too much of it), and it won’t disappoint, as it’s really good value for money. It’s a real step up from the Virgin oak NAS, it’s fresh and fruity, though maybe a tiny wee bit too woody. I was expecting more from it after all the good reviews I read or watched about it, but it’s honestly a nice dram that can have its place in your whisky cabinet.

Mackmyra Whisky Circus and a few others 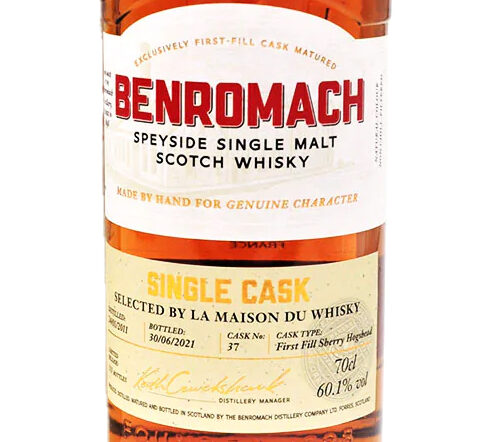 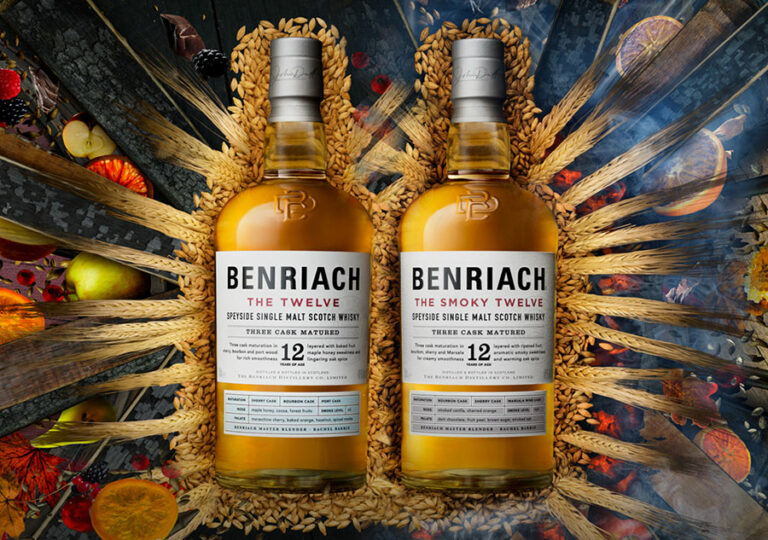